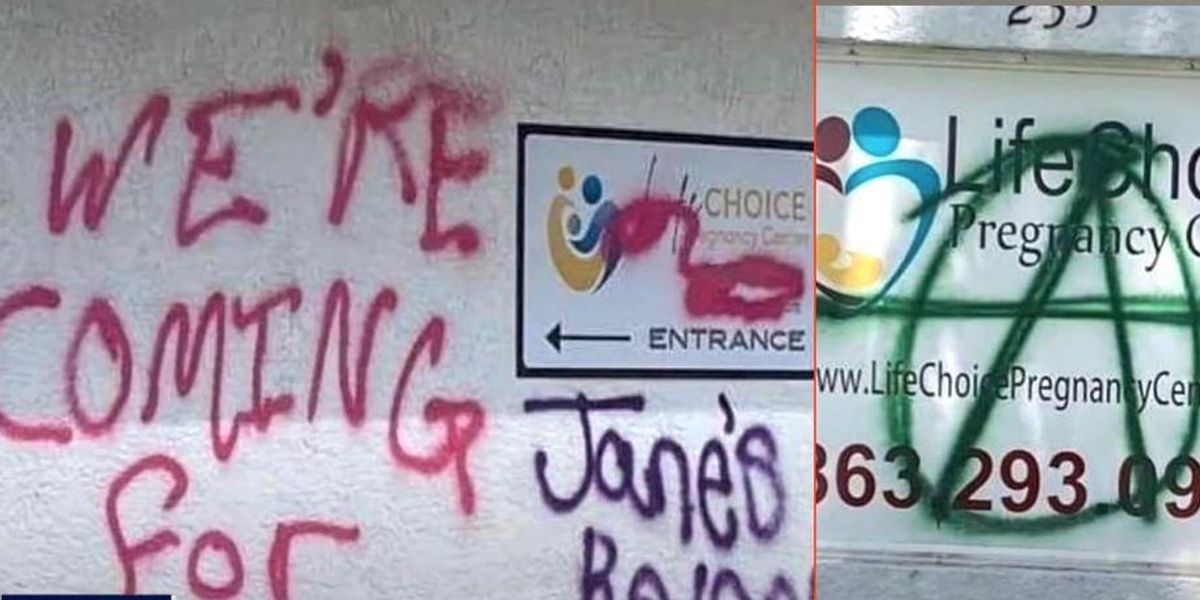 A Florida couple was indicted on charges related to the vandalism of pro-life centers with pro-abortion messages after the Supreme Court issued its Dobbs decision ending federal abortion rights.

Pro-life centers across the country became targets of vandalism and other political threats by those angry that abortion rights were curtailed after Roe vs. Wade was overturned.

A statement from the U.S. Attorney’s Office said that 27-year-old Caleb Freestone and 23-year-old Amber Smith-Stewart were indicted by a federal grand jury for conspiring with others to vandalize the Life Choice Pregnancy Center in Winter Haven in June.

They are accused of spray-painting threats on the center, including the messages, “If abortions aren’t safe than niether [sic] are you,” “YOUR TIME IS UP!!,” “WE’RE COMING for U,” and “We are everywhere.”

The indictment says they targeted other centers in Hollywood and Hialeah as well.

Booking photos of the pair were posted to social media by Chuck Ross of the Washington Free Beacon.

Republicans demanded in a letter to the Department of Justice in June that they respond to threats and vandalism against pro-life centers. Sen. Tom Cotton (R-Ark.) said in the letter that U.S. Attorney General Merrick Garland should resign over the inaction of the DOJ against domestic terror threats from pro-abortion groups.

Employees and religious volunteers for the Winter Haven center quickly responded to the vandalism at the time by painting over the vandalism in about three hours.

“Our pastor actually said, ‘you know what, we’re gonna go over there and serve, we’re gonna go share the love of God, and for some reason if it happens again, we’ll go back and paint it again,'” said Jason Hughes of the Winter Haven Worship Center.

Freestone and Smith-Stewart face 12 years in prison and fines of up to $350,000 each if they are convicted of the crimes.

Here’s more about the pro-abortion vandalism:

Louisiana man caught on ‘gruesome’ video sexually abusing a neighbor’s pit bull, police say
Four-star US Air Force general predicts war with China in 2025
Damar Hamlin speaks publicly for first time since on-field collapse: ‘With God’s guidance, I will continue to do wonderful and great things’
Air Force General Predicts U.S. Will Be At War With China In 2025: ‘I Hope I Am Wrong’
Remember When the Media Blamed Trump for George Floyd’s Death?