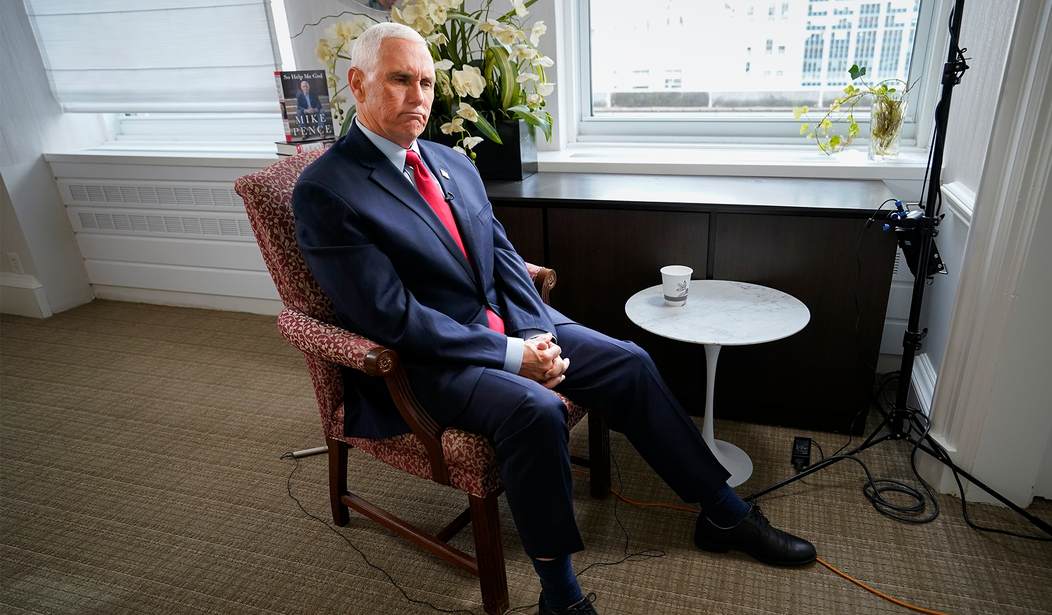 It seemed for a while that we couldn’t go more than a few days without hearing about some new classified documents being discovered in Biden’s offices, garage, home, or who knows where else. On Tuesday, the big revelation was that classified documents had been found in former Vice President Mike Pence’s home in Indiana.

According to reports, the documents were found on January 16 and were quickly turned over to the FBI, and Congress was informed on Tuesday. “Pence asked his lawyer to conduct the search of his home out of an abundance of caution, and the attorney began going through four boxes stored at Pence’s house last week, finding a small number of documents with classified markings,” according to a report from CNN. “Pence’s lawyer immediately alerted the National Archives […] In turn, the Archives informed the Justice Department.”

“Vice President Pence was unaware of the existence of sensitive or classified documents at his personal residence,” Pence’s representative to the National Archives, Greg Jacob, said. “Vice President Pence understands the high importance of protecting sensitive and classified information and stands ready and willing to cooperate fully with the National Archives and any appropriate inquiry.”

I’m sure no one was happier at the news than Biden and his staff at the White House, who have been taking a lot of heat for Biden’s blatant hypocrisy over classified documents, the White House’s apparent coverup of the discovery of the documents back in November, and their stonewalling the investigation into the matter.

But, in reality, the situation with Pence and the documents discovered at his home only further illustrates how poorly the Biden administration has been handling their scandal. Perhaps the most significant difference has to do with transparency.

Donald Trump, who hasn’t exactly been a huge fan of Pence lately, even came to Pence’s defense. “Mike Pence is an innocent man. He never did anything knowingly dishonest in his life,” Trump said in a post on Truth Social. “Leave him alone!!!”

The transparency of Pence also contrasts with that of Barack Obama, whose office has declined to comment as to whether it will conduct a search for classified documents at any of his residences or offices. “We have nothing for you at this time,” Obama communications director Hannah Hankins told Fox News Digital. Why not just say they’ll do a search? Unless, of course, they don’t want to be in a position where they’ll have to admit Obama has boxes of classified documents all over the place—which frankly wouldn’t surprise me.

Even when the only story involving classified documents involved Donald Trump and Mar-a-Lago, the question of whether the government is “over-classifying” things was asked. It’s a fair question. But there’s no denying that Biden has handled his situation the worst of anyone that we know of, since we don’t know what Obama is hiding yet. We knew Trump had documents and was negotiating their return. Pence also immediately came forward and informed Congress. Biden, however, waited until after the midterms were over to inform the DOJ and National Archives, who later conspired with the White House to keep the story from the public for two months before someone decided to leak it to the media.

You know how it is often said it isn’t the crime that gets you in trouble–it’s the coverup? Biden has acted guilty of something bigger than the accidental possession of classified documents, and he’s given us plenty of justification to wonder exactly what that is.